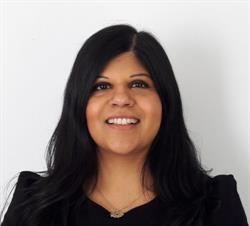 I completed my BSc in Statistics from the University of Reading, and then went straight on to do an MSc in Statistics with Applications in Medicine at the University of Southampton. As that MSc was specifically tailored to Medical Statistics, there was already an awareness that many from that course went on to work in the pharmaceutical industry or medical research.  My first job after completing my MSc was for a Contract Research Organisation (CRO) – Quintiles, and I had the opportunity to work on many different projects and learn some valuable programming skills whilst I was there.  I also managed the day-to-day work a team of statisticians working on a long-term project for a pharmaceutical company, and also worked as a ‘customer managed’ statistician at a client site for 9 months. After 4 years I moved to a mid-sized pharmaceutical company that was moving its European R&D headquarters from Sweden to High Wycombe in the UK.  It was great to be part of a small, but growing team of statisticians and programmers where I had the opportunity to learn much more about drug development; take on a lead statistical role on an ophthalmology project, including regulatory interactions, and also be involved in the growth and development of a relatively new biometrics team.  However, after a couple of years, the company was acquired by a larger pharmaceutical company (Pfizer) and everyone was given the opportunity to move to their European R&D headquarters in Sandwich, Kent (which I took!).  I have been at Pfizer since 2003, and in that time I have had the chance to be the lead statistician on many early phase projects, contribute to larger submissions for new medicines, and I have also undertaken a year-long secondment to Mumbai to manage the statistics group there, whilst continually building upon my drug development expertise across various disease areas and phases of clinical trials.  I am currently a director within the Internal Medicine statistics group, where I am the statistics lead for some late-phase projects.

A typical day at work:

I mostly work from home (but have the chance to go into the office a couple of times a week if I want to), and most of the colleagues I work with are based in the US – which does mean my mornings are much quieter than my afternoons!  As I work on several projects that are at different stages the work is quite varied.  Within a typical day I might spend some of it reviewing draft publications based on recently completed clinical trials, or I might be reviewing analyses that have been produced for a study which is ongoing and we need to ensure that the programming of the analyses is as expected, or reviewing and summarising actual study results or responding to health authority questions.  I also spend a lot of time helping to plan future drug development programs.  This includes determining which types of studies we may need to run, how many subjects are required to be studied, which endpoints should we use to measure the treatment effect, understanding placebo response for new endpoints, what decision criteria should be utilised to define ‘success’, and determining how to choose doses for later phase trials (e.g. simulation work for dose response modelling). These are just some of the aspects that a statistician would need to be involved in before any clinical trials on a new compound can start.  Most of this is discussed internally within the company, but I have also been involved in such discussions with regulators and external disease area experts.  We would also need to understand and sometimes develop the statistical methodologies that we are planning to use and work closely with clinicians and clinical pharmacologists to actually design new clinical trials.  I have also recently been involved in rolling out some statistics training to clinicians and medical writers globally across the company and also providing statistical training externally to medical students, as well as getting involved in various process improvement initiatives across the company.

The best part of the role:

As a key member of a project team, I enjoy being able to influence the strategy about how and when our new medicines are developed and being one of the first in the company to see the results from our clinical trials.  Statistics is an important area in which we uniquely placed to provide our expertise to the rest of the team and one of the few roles within the company where I would get to directly use and apply what I have learnt from my degrees.

Back to Career Progression Page

This is a good opportunity to develop your knowledge by thinking through a practical example, practicing how to apply graphics principles, and developing your coding skills.

The upcoming event - "Pharma-ly Fortunes" - will involve playing along to a Family Fortunes style survey - it promises to be a fun but informative session where we hear from our experienced panel on wide ranging career-related topics. We may even debunk some popular myths!

The DIA Statistics and Data Science Virtual Journal Club are pleased to announce a joint webinar with the Statisticians in the Pharmaceutical Industry (PSI) journal club. The title is Biomarker Adaptive Designs.

Are you a member of PSI looking to further your career or help develop others - why not sign up to the PSI Mentoring scheme? You can expand your network, improve your leadership skills and learn from more senior colleagues in the industry. Mentors and mentees will be matched based on experience, personal goals and the sector they work in (unless otherwise requested) so you can be assured that we will aim to tailor the experience to your needs.

Our monthly webinar explores examples of innovative data visualisations relevant to our day to day work. Each month a new dataset is provided from a clinical trial or other relevant example, and participants are invited to submit a graphic that communicates interesting and relevant characteristics of the data.

In this webinar, you will learn more about recent advances in biomarker-based designs, machine learning for biomarkers and data repositories for biomarker use cases.

In this event we will hear from expert speakers on the statistical and operational challenges and considerations of decentralised clinical trials, the promise of digital health data and wearable technology, as well the regulatory perspective to such studies

The Apprentice Biostatistician splits their time between working for Parexel and performing studies with a university to obtain a MSc in Statistics over a period of three years.

For our headquarters in Munich we are seeking highly qualified candidates to apply for Manager Statistical Programming (m/f/x).